What’s responsible for 5% of human impact on the climate, shoddily regulated, and has just concluded two weeks’ wrangling with some bad news? Anirvan Chatterjee of The Year of No Flying tells all, in this guest post…. 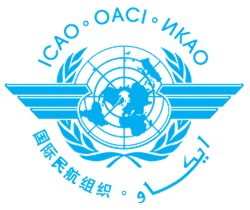 The world watched last year’s climate talks in Copenhagen with hope and trepidation. We spent the past two weeks following the ICAO Assembly, the aviation sector’s climate talks in Montreal with equal anticipation. Unlike Copenhagen, there was little coverage, and very limited civil society participation. And now that it’s over, despite most parties calling it a success, we have to conclude that it’s bad news.

Civil aviation generates 4.9% of the total human impact on the climate, but it’s not addressed under global climate deals. Instead, the plan was for the global aviation industry to come up with its own sector-specific climate plan, managed by the UN’sInternational Civil Aviation Organization (ICAO). The ICAO spent the next decadeopposing mandatory policies to reduce industry emissions. But Montreal was supposed to change all that…

So what happened in Montreal?

ICAO member states meet once every three years to set policy, and were feeling pressure to make a deal–any deal—at the just-concluded Sep-Oct 2010 Assembly in Montreal. Why the stress? Policymakers wanted to deliver something before the COP16 climate talks in December 2010, while the aviation industry was pushing for a single (weak) global deal to avert the EU’s plans to include aviation emissions within its emissions trading system starting 2012.

The debate centered around two major issues: developing nations were adamant about the right to grow, and airlines demanded a global deal to avert a patchwork of local emissions policies like the ones starting up in Europe. It took two weeks of wrangling to come up with an agreement.

How did the players fare?

Humanity needs massive reductions (e.g. 80+%) in greenhouse gas emissions by 2050 to maintain life on the planet as we know it; environmentalists expect the aviation industry to do its part with big long-term cuts, in line with the scale of overall reductions.

Outcome: Humanity lost. A commitment to increase emissions is precisely the opposite of the substantial reductions needed to maintain human life on the planet as we know it.

The global airline industry, represented by the IATA, were pushing a proposal to have unlimited aviation CO2 growth for another decade in return for a modest mandated 1.5% annual efficiency improvements; if the industry spewed more than 50% of 2020 levels by 2050, they wanted to be able to buy carbon offsets.

Outcome: Airlines did well. Efficiency requirements are higher than preferred, but the carbon caps are even weaker than the ones they themselves had proposed.

The European Union has been far ahead of other regions on the issue, by requiring that airlines buy auctioned carbon emission permits, just like every other European climate-polluting industry; they were willing to drop that plan if ICAO came up with an acceptable global alternative.

Outcome: The EU left feeling like they have some backing for their right to limit aviation CO2, even though the effectiveness of their regulations have been slashed.

The U.S. and other developed nations have generally avoided the issue, though in theory, most are OK with having a global market-based carbon trading system for planes. (In practice, the U.S. and Canada have been condemning Europe’s green aviation laws.)

Outcome: The U.S. and other developed nations preserved the ability to have air emissions grow without bound till 2020, and reasonable growth thereafter.

China, India, and other major developing nations have fast-growing aviation markets, and hope to grow without environmental regulations. They’re also nervous that if they sign an aviation deal, it might pressure them to sign a binding deal for overall emissions (which they’ve been fighting against).

Outcome: China hates the agreement, because it may commit them to potential reductions in growth; one representative literally called it an attack on Chinese human rights.

Outcome: Developing nations got an exemption if their flights are less than 1% of the global total, exempting all but approximately 22 of 190 nations.

Aircraft manufacturers are often in favor of efficiency requirements, since that’s an excuse to sell pricy new planes. (But not too efficient — the average fuel efficiency improvement of new aircraft since 2000 has been basically flat.)

So what does this mean?

“[A] cap at 2020 emissions levels essentially locks in business as usual and allows another decade of increasing emissions” –Sarah Burt, Earthjustice (via)

The deal is greenwash. Most participants are happy with the outcome — even though it doesn’t set any meaningful standards to reduce aviation growth. Planning to increase emissions less quickly isn’t the same as making the major reductions we need to preserve life as we know it. This deal will likely be trotted out as a sign of hope at the upcoming climate talks; it isn’t.

“The Assembly represented a race to the bottom to reach consensus at almost any cost, followed by a descent into farce as many countries distanced themselves from various aspects of the resolution. ICAO’s irrelevance grows along with emissions from the world’s most energy and carbon intensive form of transport.” –Bill Hemmings, Transport & Environment (via)

This is also a moment for us to realize how much more transparency and participation we need. Hundreds of millions of people followed the international climate talks in some way; the Montreal talks were probably followed only by thousands, mostly from industry or governments. Public pressure works–without it, Europe wouldn’t have been as far ahead on its aviation policies. If aviation is 4.9% of the climate crisis, we need to devote 4.9% of our efforts to taking on the aviation technocrats and lobbyists pretending to fight a fire as they keep adding kindling.

Coverage of the proceedings from Green Air Online:

Text of the resolution, and more details of the discussion:

Background on aviation and climate change: